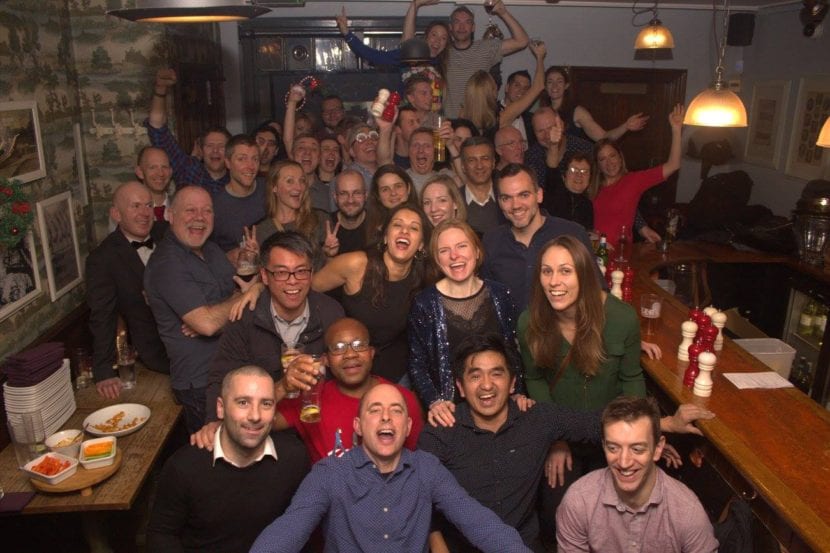 Another great night was had at our annual Xmas Club Awards night at our home from home, the Hare and Hounds. We just want to say a big thank you to all that came to make it such a great occasion, and here is a rundown of the winners……..

Rog has been with the club since almost the start and has quietly been racking up the Meetup club rides, so now is part of the “150 Club!” Congratulations Roger! (Club cap due shortly). 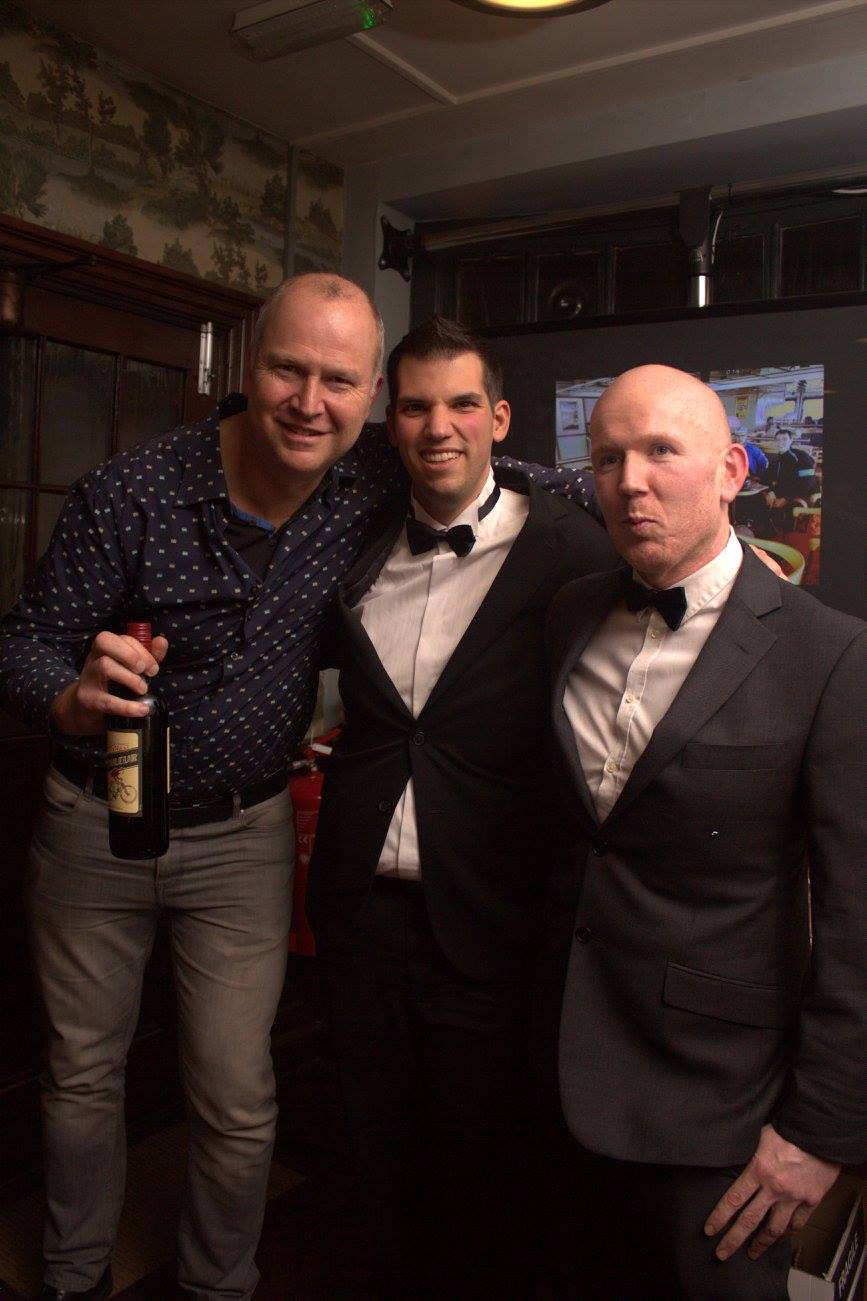 Most Miles Award for 2017: Sally Doyle

Sally has been on some big adventures this year travelling the world, even the work dodgers at home couldn’t topple her total distance covered! Chapeau!

Check out our club Strava group to see who is working hard already for next years awards! 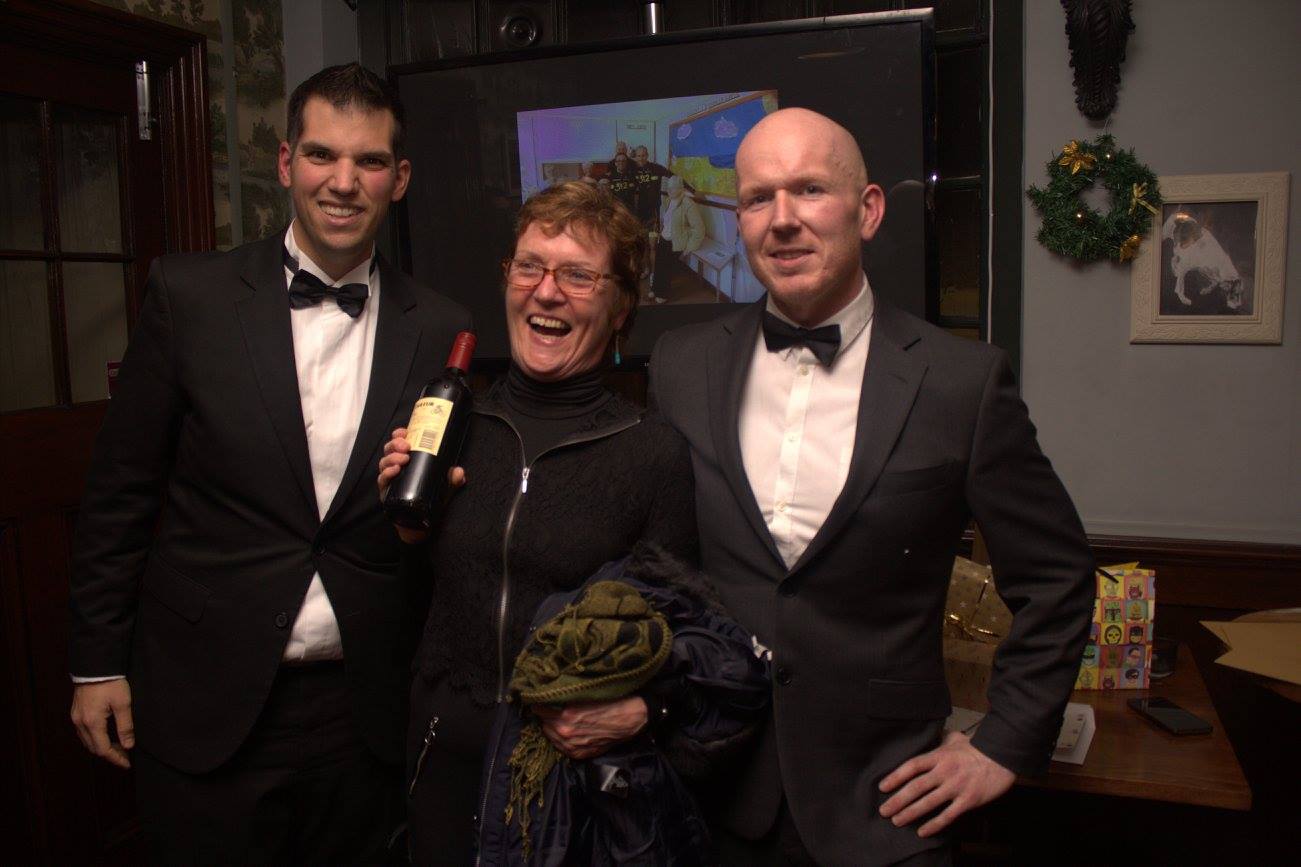 Nominations for Rider of the Year- Steadies Group

Nic has been riding all year round and has always been on hand to help lead the steadies group. 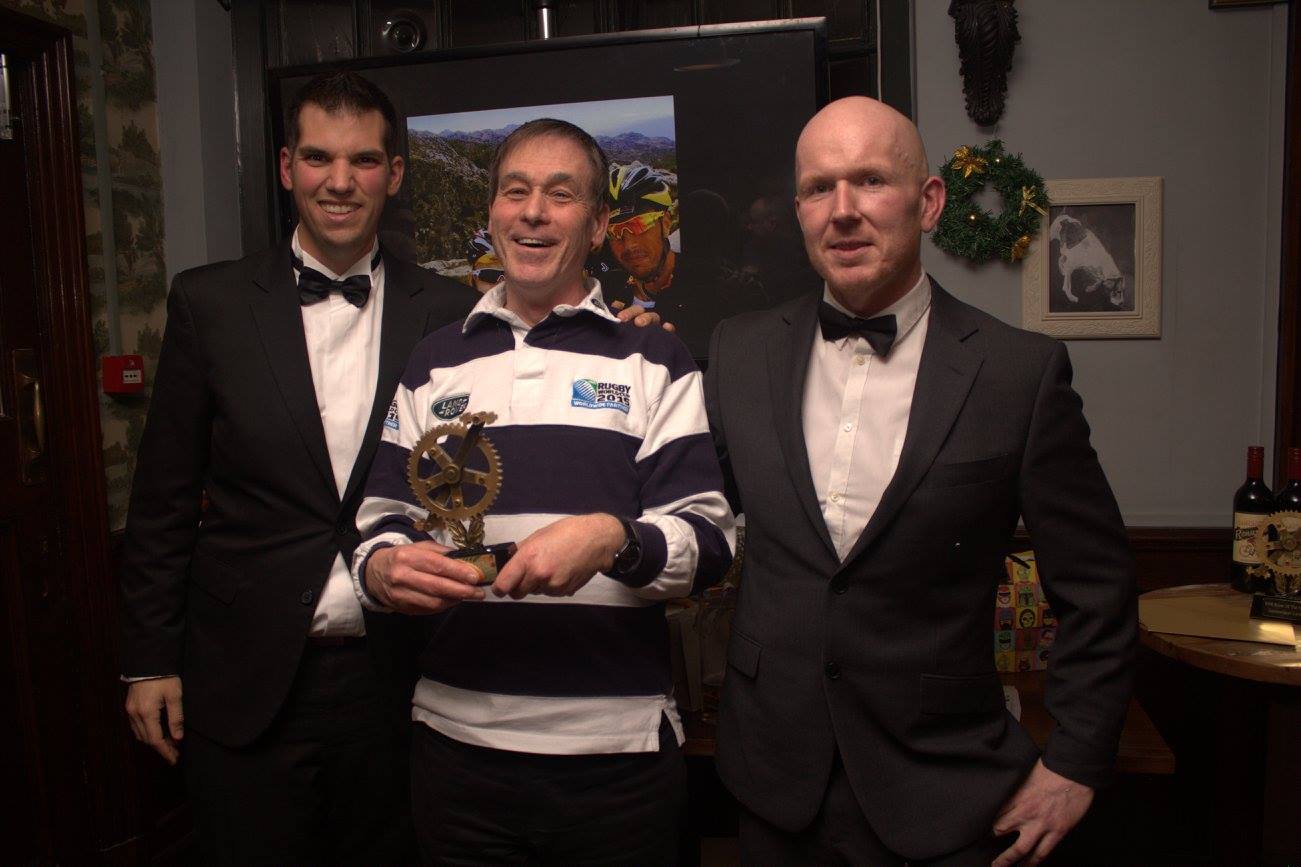 Rider of the Year- Intermediates Group

Hannah again is a regular Rouleur and might well be on course to join Roger in the “150 club” soon enough. She is always willing to help out with event organising(kit, holidays) and is a great asset to the club. 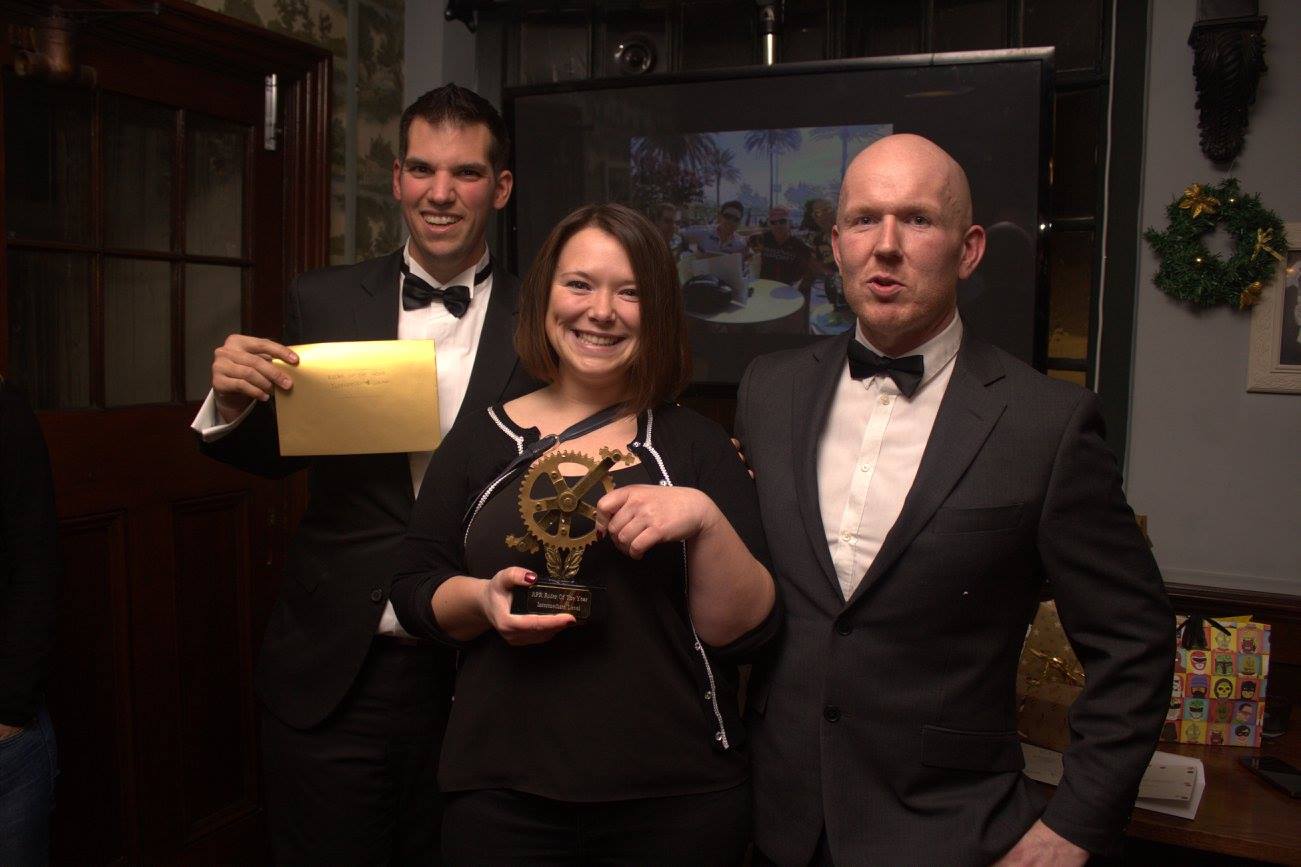 Nominations for Rider of the Year- Intermediate+ Group

Amir joined us last year and has come on leaps and bounds by riding regularly on the club rides. Always makes the pub as well, proper club man! 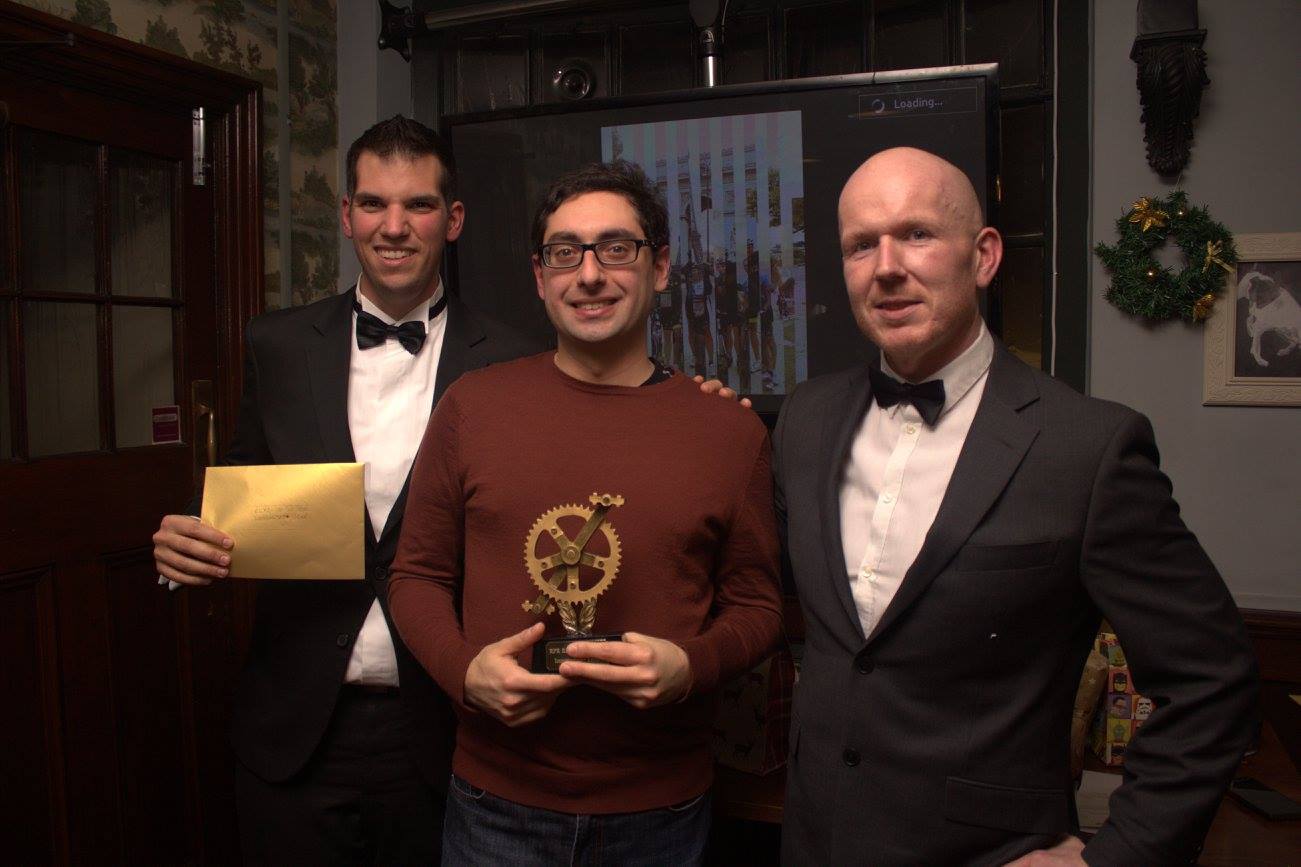 Nominations for Rider of the Year- Advanced Group

Roisin I recall a year or two back rocking up to the park in trainers and possibly a bog-standard road bike and probably not ready to go out on 50 mile club rides back then. Look at her now!

She’s slowly acquired all the gear(even wearing cleats now), trains like a beast and has rocketed through the groups. A great example to anyone starting out in the club! 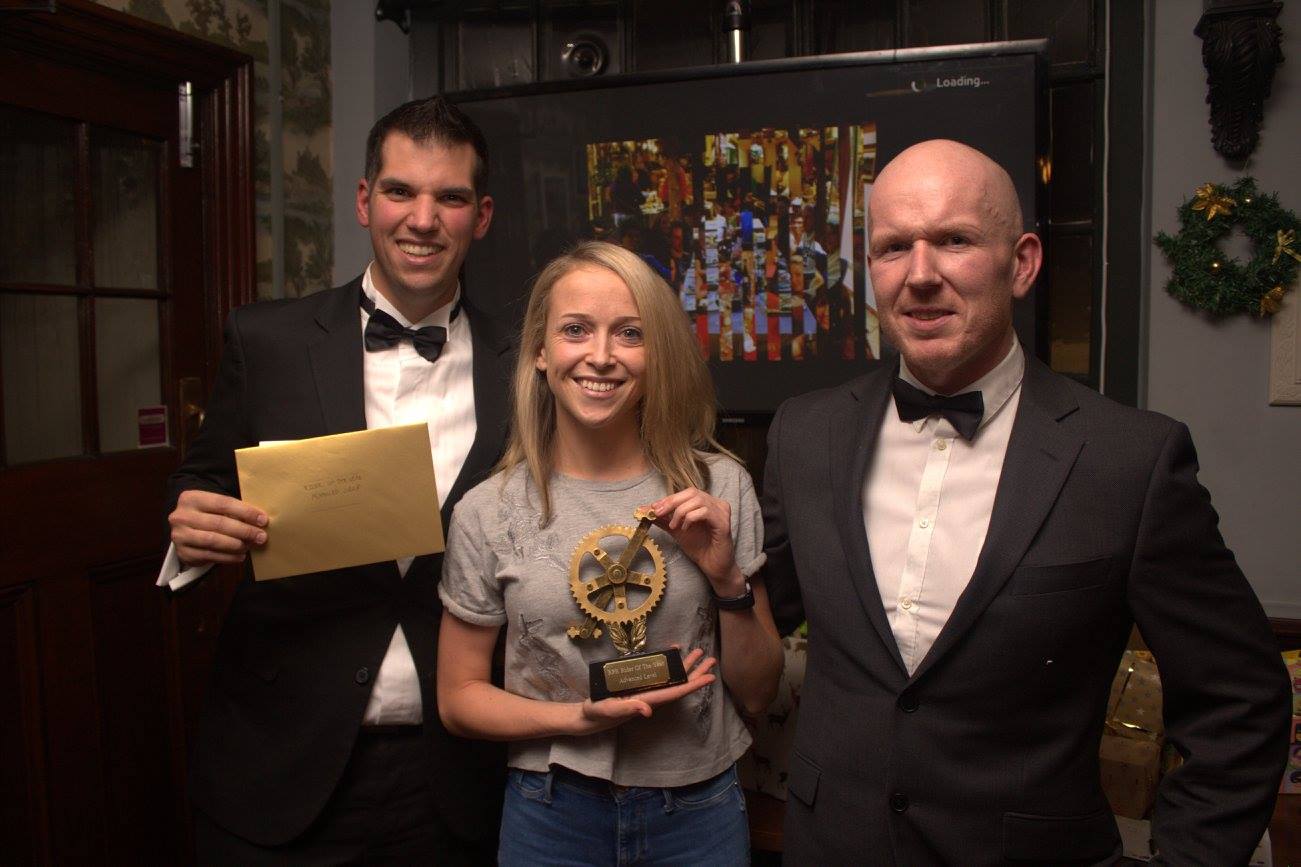 Full photo album to be viewed here on our RPR Facebook Page.

As we said a great night all in. But special thanks to Adrien for helping present, Michael for taking all the great pictures and Monika for getting the gift and card for Lisa and Will at the Hare and Hounds.

In general, for 2017 we would like to thank everyone who has helped out(including those who couldn’t attend), obviously the committee who put in a lot of time for free((Rog, Sal, Mon, Michael and Sibylle), and all those who have helped with club events and lead rides.

We hope everyone had a night(and year) to remember and look forward to seeing you all on some of our big rides planned for 2018. If you want to find out more then why not check out our Meetup page. It’s gonna be an awesome year! 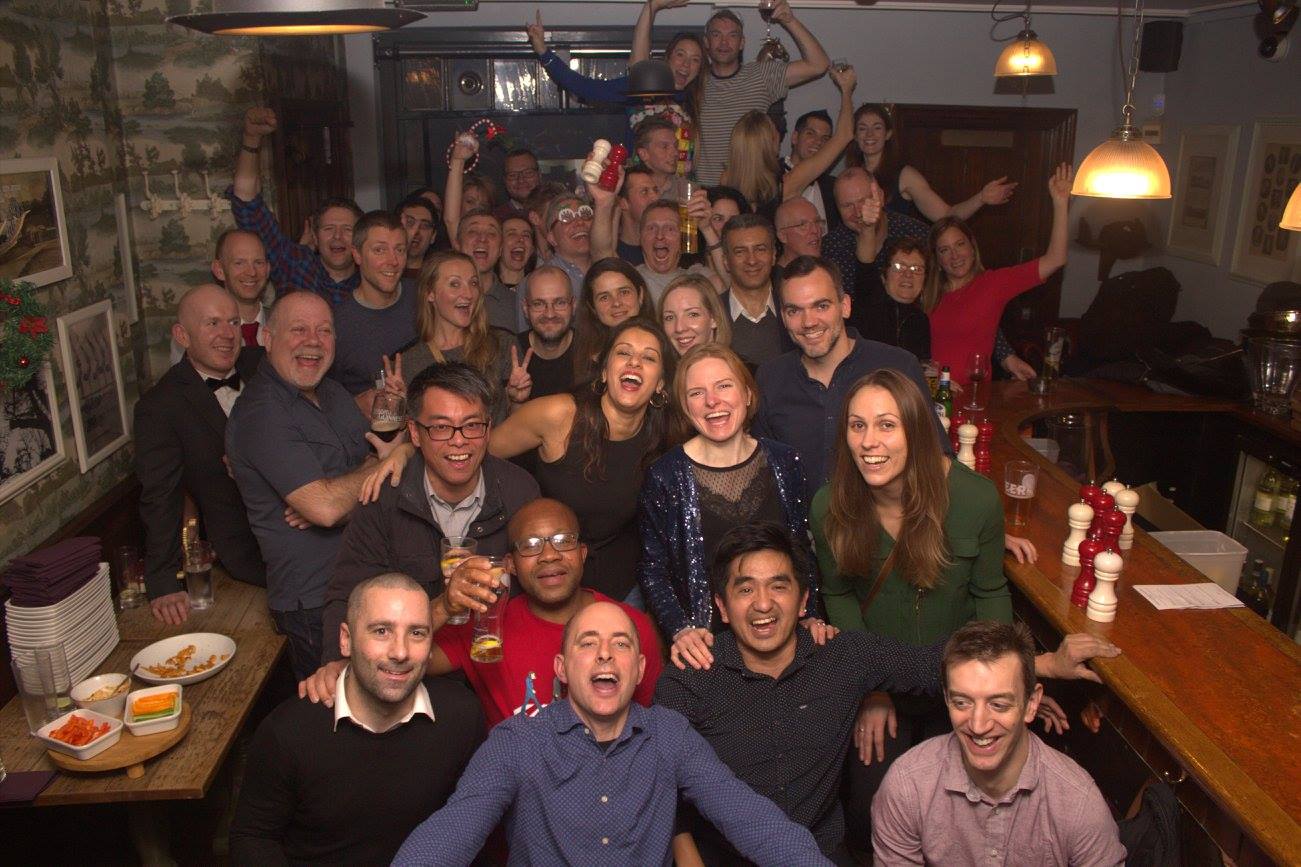